Lyme Disease Under the Limelight: Are the Diagnoses Misleading?

The classical symptom of the skin lesions with a bull’s eye red rash is followed weeks to months later by neurologic, cardiac, or joint pains. The primary carriers of Lyme disease are tiny nymphs called Ixodid ticks. Now we know that the bull’s eye is not a necessary symptom and that Lyme disease may be spread through other means than just ticks. The rising incidence of Lyme disease in recent years in the United States may be explained by an exploding deer population and outward expansion of suburban homes into wooded rural areas. Lyme disease is also widely present in Europe, Asia and other continents.

The latest medical hypothesis indicates that Lyme disease is linked to over 300 diseases including Fibromyalgia, Chronic Fatigue Syndrome, Parkinson’s disease, MS, ALS, brain fog, dilated cardiomyopathy, anxiety and a wide spectrum of physical and psychiatric dysfunctions. The good news is that all stages of Lyme disease may respond to appropriate antibiotics treatment.

Is Lyme disease a new hidden epidemic or pandemic disease that has not been recognized and has been ignored by the medical and scientific community? If Lyme disease is so common, why isn’t this debilitating disease readily recognized? The crux of the problem is the reliability of the laboratory test for Lyme disease.

In February 2005, I attended a Lyme disease conference and felt compelled to notify the public that Lyme disease may become a new buzzword and a fad to explain unexplainable chronically debilitating illnesses. The latest rapid test for diagnosing Lyme disease called Q-RIBb was developed by Jo Ann Whittaker, M.D. This test has sensationalized the alternative medical community and the public. But is it accurate?

In one study Lyme disease tests showed all fibromyalgia patients tested were positive for Lyme disease by Q-RIBb test. Not only these patients, but all samples tested for general populations tested positive for Lyme by Q-RIBb test. This technique uses the fluorescent antibody test similar to an antinuclear antibody test for Lupus and for tumor markers. Dr. Whittaker is a pioneer in this field with 40 years of experience and her test results have been supported by a prominent microbiologist, Dr. Lida Mattman.

This data creates a major dilemma and conflict with the current understanding of Lyme disease and diagnostic tests. How could we all be positive for Lyme disease? All spirochetes including Borrelia burgdorferi have been known to transform to a pleomorphic cycle of cystic and granular variant forms depending on the environment.

Some of my chronically ill patients went to a Lyme disease specialist and were diagnosed by the Q-RIBb test. As a result, they are receiving intravenous antibiotics for extensive periods of time. I am quite alarmed by such an aggressive antibiotic therapy. Is Lyme disease frequently misdiagnosed or overdiagnosed? Are we treating for the wrong reasons and some people may get well accidentally? These are very important questions to be addressed.

I believe there are two distinctive diseases: Lyme disease caused by Borrelia burgdorferi and a Lyme disease-like syndrome caused by many other underlying problems. Lyme disease caused by Borrelia burgdorferi belongs to the spirochete family. One of the most well known diseases caused by spirochete, Treponema pallidum, is syphilis. Spirochete is also a very common oral microorganism and is associated with root canals, dental abscess and cavitations. It has been known to cause carditis, neuropathy, fibromyalgia and severe fatigue.

Heavy metals, environmental toxins, parasites and unrecognized dental infections can create a relatively benign spirochete bacteria which transforms into an aggressive pathogen that can mimic Lyme disease. Syphilis has been known as a “Great Imitator” because it can mimic so many clinical manifestations. Now, Lyme disease seems to be taking over the title of Great Imitator for new emerging chronically ill patients with over 300 different symptoms.

It is imperative to understand that there is Lyme disease and a Lyme disease-like syndrome. Otherwise, our medical and scientific community will be marching into the intellectually dead-end solution for Lyme and Lyme-like illness. It seems they may be leading into a newly recognized “one disease fits all” with a dead-end antibiotic treatment plan. Treatment should always be individualized beyond simply relying on lab test results. One should always look for other underlying medical conditions and cofactors such as hidden dental infections, heavy metals, parasites, nutritional deficiency and environmental toxins.

Lyme disease and spirochete infection is the latest “culprit” under the limelight. It is imperative that medical practitioners review the whole person while analyzing for potentially multiple causative factors of illness. We should not be too quick to simply look for the “one” culprit that may be the latest attention grabbing headline. 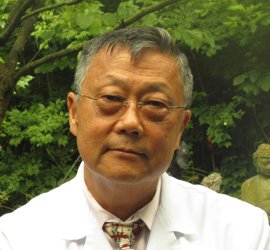