Schistosomiasis, also known as bilharzia, is a disease caused by parasitic worms, known as Schistosoma liver flukes. It is considered one of the most neglected tropical diseases and is not found in the US, according to the CDC. Over 250 million people are infected globally with the second most common parasite after malaria. Several major subtypes of Schistosoma are distributed globally and the best known drug therapy is praziquantel 20 mg/kg (up to 60 mg/kg per day) for one day, per CDC guidelines.

I have a problem with the CDC assessment and recommendation based on clinical experience dealing with some of the sickest patients in my practice, which I will address later. My first encounter was about 25 years ago when Mary, a 45-year-old white female came to see me; she was convinced that she had schistosomiasis. She has been seen and evaluated by numerous medical doctors and infectious disease specialists and told her she did not have schistosomiasis. She was told her symptoms were psychological. Her family abandoned her, she lost her children and was living in a women’s shelter. I had no experience treating parasites and schistosomiasis at that time except using some natural herbs.

Common symptoms associated with schistosomiasis include rash, swimmer’s itch, fever, headache, muscle pain, diarrhea, constipation, abdominal bloating with pain, shortness of breath, fatigue, enlarged liver and/or spleen, eosinophilia, blood in the stool or in the urine, liver fibrosis, and portal hypertension. Mary had some of the minor list of symptoms.

I did a repeat blood test and stool test for ova and parasites which were all negative. I believed she was telling me the truth despite the lack of scientific evidence with positive proof of schistosomiasis parasites. I did try a therapeutic trial with praziquantel with trepidation based on a medical textbook using the CDC recommended dose. The response was a slight improvement; a disappointment at best. In hindsight, her dose was too low and she most likely needed a different combination of medications.

Mary was one of my first encounters using prescribed parasite medication based on symptoms and not based on lab test results. Since then, I have tried many different combinations of parasite medication and also gained new experience using parasite meds while I was in Bolivia in 2001 for a US Army medical mission. I began using acupuncture meridian assessment (AMA) before the Bolivia mission to detect and connect the dots from a disturbance in meridians to therapeutic trials with parasite medications. Parasite problems are here in every corner of the US; they manifest in different names and diagnoses and become “medically unexplained syndrome” (MUS), described in my first book, Accidental Cure.

Schistosomiasis has a complex life cycle; the eggs will eventually lodge on the biliary tract in the liver or urinary bladder (see below). Disturbance of the liver meridian (and gallbladder meridian) is one of the most common findings among chronically ill patients, but it may not translate into liver disease shown immediately in blood tests. It may take many years of overlapping insults from different parasites and toxins to manifest into liver cancer, cholangiocarcinoma (bile duct cancer), or pancreatic cancer. 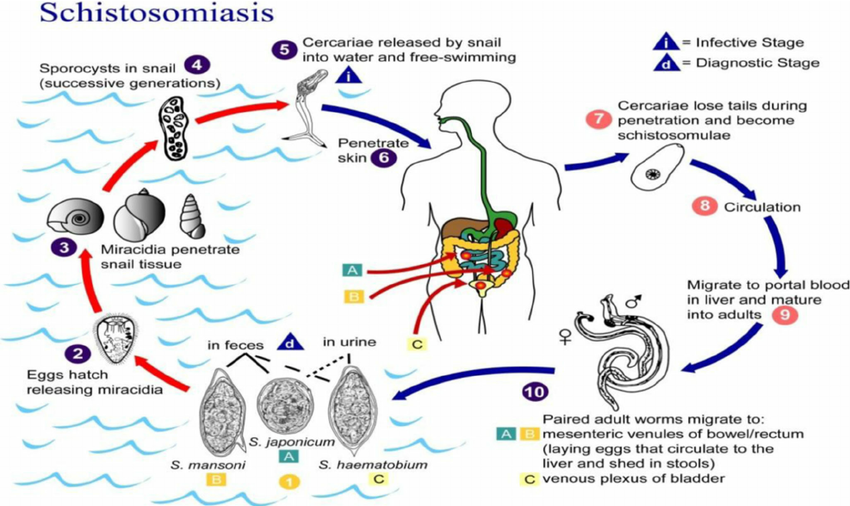 When I pick up a disturbance on the liver, pancreas, gallbladder and/or spleen meridian, I am concerned for a possible precancerous condition. Additional problems in the dental, large intestine or small intestine meridians are indications for high risks for developing cancer somewhere in the body before there will be a physical manifestation of a tumor. It can be breast, ovarian, prostate, lung or brain tumor.

Most chronically sick people do not have one type of parasite but multiple different types as a complex bio-ecosystem supporting, communicating, and responding with environmental biotoxins, fungi, bacteria, viruses and prions. Acupuncture meridian assessment (AMA) is a method using subtle energy field disturbances in meridians to detect and treat parasites; read more about it by searching in my articles and by reading my books.

I was in Egypt on a Nile river cruise in October. Our anthropology tour guide was describing not only ancient Egyptian history and monuments, but also frequent Nile River illness: an ancient curse of abdominal bloating, pain, shortness of breath, blood in the stool or urine and gradual demise, not only during ancient times, but also as a current medical problem after the Aswan dam was built.

I noticed that he had abdominal bloating and became winded easily; he said he was checked for schistosomiasis and tested negative for parasites by his physician. He found out that I was a practicing physician, not retired as most of the tour group, and asked me privately what can be done. I gave him my small emergency supply of ivermectin and praziquantel, left over from my recent training for physicians on how to use parasite medications with the instruction that if there was some improvement, he would need more medications from his doctors – regardless of tests results; based on his symptoms. I did not evaluate his meridian systems, but his symptoms were consistent with schistosomiasis. 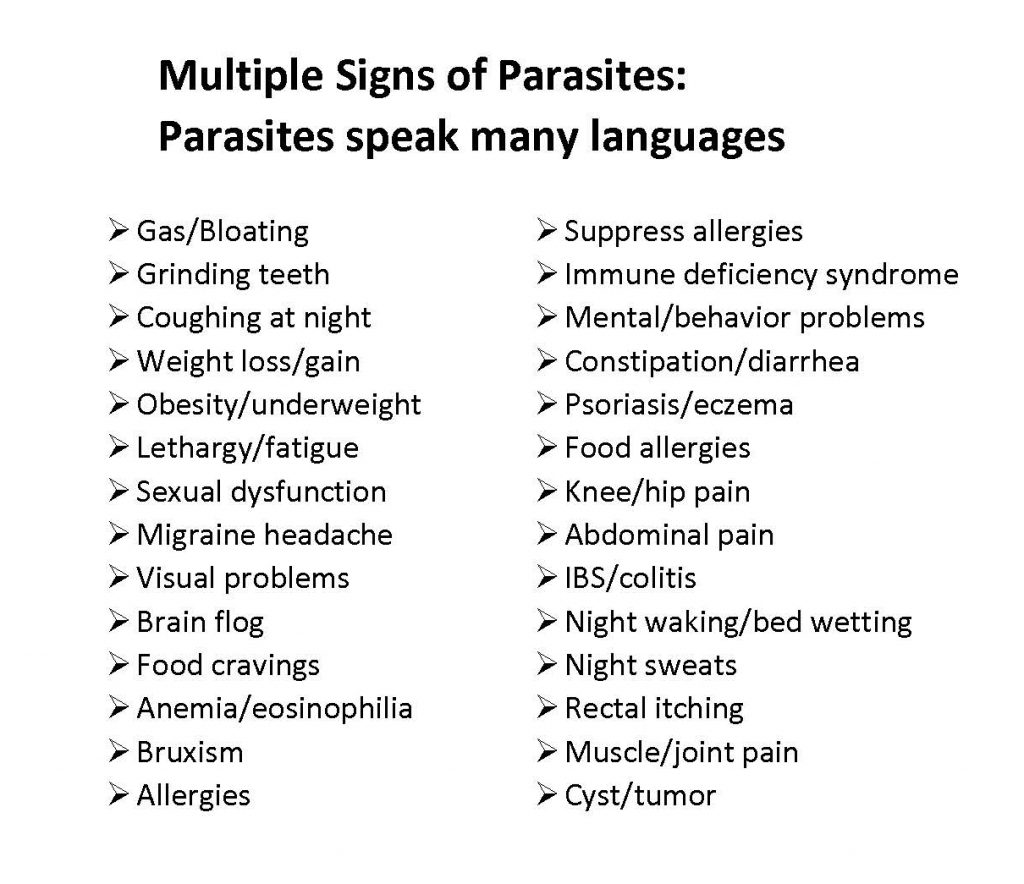 Deworming parasites, most likely Schistosoma liver flukes, and others with ivermectin and praziquantel on the Nile River is a forgotten or neglected art of preventive medicine. After listening to the patient’s history, I treated him based on clinical symptoms, not on lab reports. Deworming is basic preventive medicine. Veterinarians knew the truth about deworming as a part of preventive medicine and physicians need to be reeducated on the limitations of parasite testing. We need a new way of thinking about chronic problems. We may need to deworm on a global scale with human parasite medications. Who knows what else will disappear? Parasite treatment is a forgotten Art of Preventive Medicine.